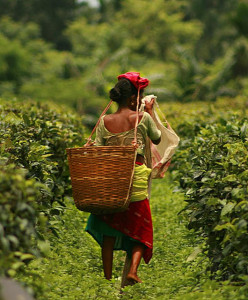 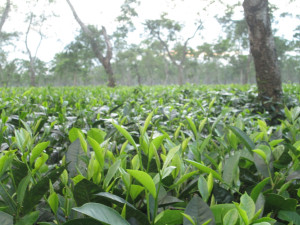 There are a number of definitions for commodity but one we like states that “a commodity is any homogeneous good traded in bulk on an exchange.” (InvestingAnswers, 2014)  This definition goes on to say that for an item to be considered a commodity it must meet three conditions.

This works well for things like oil, gold, wheat and other products which can be produced in bulk, measured against well-known and agreed upon standards, and are usable for long periods of time.  Even though there are some differences in grades for each of these examples, they are by and large, equal to each other no matter where they come from and meet a standard definition of quality.  They are fungible.  You can generally intermingle all of them together and the buyer doesn’t know or care what the initial source of the product was.

So how about tea?  I’ll go out on a limb (admittedly not very far) and suggest that there are really two major kinds of tea; commodity tea and specialty tea.  Commodity tea is produced in bulk by one of a half dozen or fewer global corporations.  Their aim is to sell a consistent product in massive quantities as inexpensively as possible.  The commodity definition breaks down a bit with tea, in that the product really isn’t raw at this point, as the raw leaves have been oxidized and macerated into fine pieces.  Even if it were sold raw, it wouldn’t be fungible since different cultivars and terroir produce significantly different taste.  It’s at this point where the tea markets like the one in Mumbai, India and Mombasa, Kenya play a role in getting teas of various taste to the small number of global players. It has been standardized in terms of the leaf size (or particle size if you prefer) and buyers are looking for specific taste profiles to be blended to produce that consistent taste they are going for.  This blended tea is ultimately packed into sacks for global transport, and sold in massive quantities.  Finally commodity tea is used in applications where consistent taste and low cost is the primary driver; mass produced tea bags, many ready to drink products, and health and beauty products.

Where commodity tea defines quality in terms of consistent taste profile and particle size, specialty tea defines quality in terms of aroma, shape of rolled leaf, liquor taste, and sheer variety.  Specialty tea does not seek to maintain the same taste profile year over year.  Instead, specialty tea takes advantage of the uniqueness of its manufacturing process and variety in terroir.  It celebrates the differences between teas from different regions, countries, and elevations.  Consistent taste and lowest price are not the for specialty tea.  Instead the drivers for specialty tea are the story behind the tea, the desire for variety in flavor and aroma, and the degree to which one can appreciate where it comes from.  While this makes a clear definition of “quality” somewhat elusive, it encourages curiosity, learning, and experimentation, all key ingredients to a better tea experience.