This post is something of a departure from most of our others where we focus on history, culture, and simply great tea. But intermittent fasting, longer fasts, and a ketogenic or low-carb high fat (lchf) lifestyle is something we (the owners of Dominion Tea) have adopted and seen great personal benefit from. We are very focused on how to maximize our health over our entire lifespan and see this lifestyle as part of how we do this. So many modern ill’s today (heart disease, diabetes, arthritis, Alzheimer’s, and potentially even cancer) have roots in the standard American diet.

We’ve made significant changes to our lifestyle over the past 18 months and are more convinced than ever that real food is critical to the prevention of many, perhaps even most modern illnesses. Real food is ideally nothing heavily processed nor has much of an ingredient list. Most of the time it doesn’t event come from a package!

This gets us to the point of this post. Tea is widely accepted within the keto/lchf community as a support for those doing intermittent fasting or even prolonged fasts. This isn’t anything new though. Some of the earliest associations of tea and fasting come from Buddhism. Monks during the Han (206 BCE – 220 CE) and Song Dynasties(960 – 1279 CE) would have tea to support meditation (Buddhism and Tea). Buddha even recommended intermittent fasting and one meal a day to his followers, with nothing consumed after noon (Food & Insight).

Real tea has caffeine which some can’t live without and has been found to suppress hunger in some people. Tisanes have no caffeine but can also provide something to hold one over during fasts. Either option is a great tool to support an overall keto/lchf lifestyle which may or may not include some fasting.

What really bothers us though are the “keto teas”. They go along with the keto bars, keto deserts, and other “keto” products that marketers are coming up with to sell products you really don’t need. So keto teas, for the most part, are really nothing more than simply tea having some added ingredients that may have beneficial qualities — though these claims usually lack strong evidence or require amounts far in excess of what’s in the tea itself. Worse still are products manufactured as “ready-to-drink” or tea “crystals” that have been heavily processed to effectively make an instant tea product.

Looking for a great tea to compliment your keto lifestyle? All you need is a great quality tea with a flavor you like. We prefer green teas and herbal/tisanes during fasting. 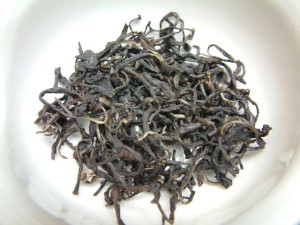 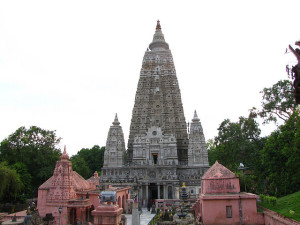 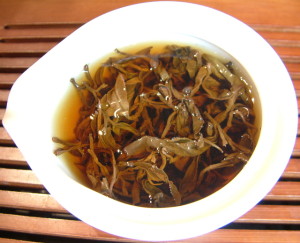 Tea Photo from Republic of Korea

Like Japan and China, tea in South Korea has been very much influenced by Buddhism.  The introduction of tea to Korea initially occurred somewhere around the Goryeo Dynasty (918-1392 AD) at a time when the king would give tea as gifts to religious leaders and the military.  It was also incorporated into funeral rituals in the form of tea boxes placed with the deceased.  Unlike Japan and China, however, tea was not reserved for the upper classes and in fact was enjoyed by all classes in the country.

Tea, however, was not to last in South Korea.  At the start of the Choson dynasty, which ushered in Confucianism as the replacement for Buddhism, tea was pushed to the background.  Tea was heavily taxed, the tea fields destroyed, and many Buddhist temples destroyed.  What little was left of the tea industry in South Korea was crushed in the Seven Year War with Japan.  Most of the remaining tea fields were destroyed and many South Koreans skilled in pottery and other crafts were taken and forced to work in Japan.

Though it had never died out completely, tea began its re-introduction in the 1800’s by Confucian scholar Chong Yag-yong who in turn passed along knowledge for drinking and producing tea to the Buddhist monk Cho ui who wrote a poem praising tea.  Then from 1945-1970 tea culture grew substantially with schools and universities devoted to tea and ultimately the writing of The Way of Tea by Hyo Dang. (Jane Pettigrew, 2008)

Today most tea is grown in the southern part of South Korea, with the Boseong area producing nearly 40% of all tea grown in the country. Virtually all tea produced in South Korea is green tea grown on plantations that were formed from the 1930’s onward (Boseong County, 2014).  Though tea production for the Republic of Korea is on the rise it still doesn’t rank anywhere among the top growers.  In 2012 the United Nations Food and Agriculture Organization estimates it produced 3,000 tons of tea while Japan produced 85,900 tons and China produced 1.7 Million tons (United Nations, 2014).

In Korea, like Japan, tea may be finished using industrial methods for drying and rolling or by hand.  There are two primary methods for crafting the finished products, resulting in Puch’o-ch’a and Chung-ch’a.  For Puch’o-ch’a the tea leaves are heated in an iron pan then removed and rolled, repeatedly alternating between heat and rolling until the finished product is produced.  For Chung-ch’a the tea leaves are immersed in near boiling water then removed and drained for several hours before being rolled and dried over a fire with no rest until fully dried (Anthony, 2014).

According to United Nations FAO statistics, the Republic of Korea production has generally been on the rise over the past ten years.  This is promising since Korean tea can only add to the breadth of experience in your tea experience.  South Korean tea can be had though one hopes for greater availability and diversity in the options over the coming years.

Have you tried South Korean tea?  What do you think of it?